Around 55 hectares of fruit production for the distillery. 75% of our producers are from the Bas-Rhin, in the area of Epfig, Scherwiller and Stotzheim.
The cherries are harvested most of the time in May and June.

Our pear trees are found on around 35 hectares of production destined for the distillery. 50% of the producers are from the Haut-Rhin (around Eguisheim) and 50% from the Bas-Rhin (Epfig, Scherwiller and Stotzheim).

The pears are harvested at the end of August and beginning of September.

Around 5 hectares of surface area, all of it for organic farming. Our production area is mainly in the Bas-Rhin, near Epfig.

Alsatian red plums are normally harvested at the beginning of September.

Around 5 hectares  from producers in Alsace. Production area: Sigolsheim, Hunawihr, Eguisheim.
The cherry plums are harvested near the end of August. 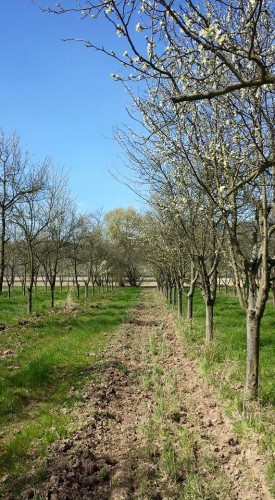 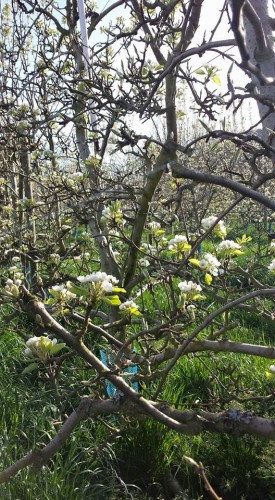 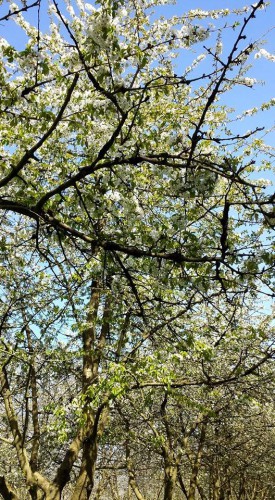 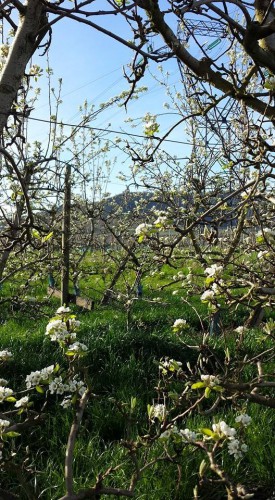 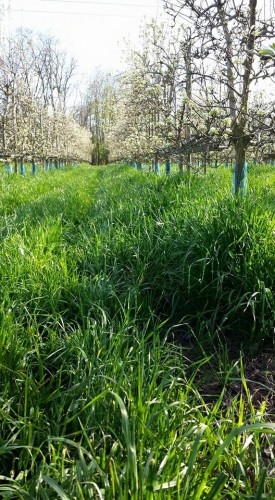 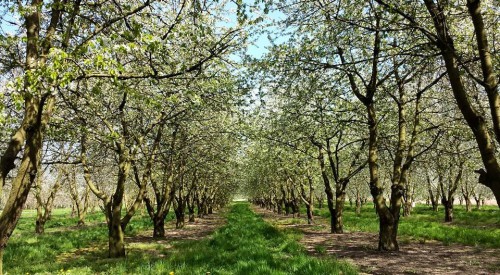 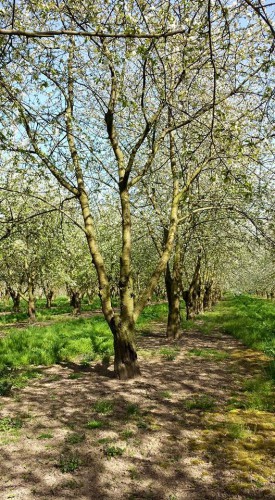 The fruits also serve as the basis for the liqueurs, be it the modern range Neo or the more traditional liqueurs.
They are developed from a mix of sugar, fruit and alcohol, followed by filtration and packaging. A quality charter for the liqueurs doesn’t exist, but the use of natural products is encouraged. 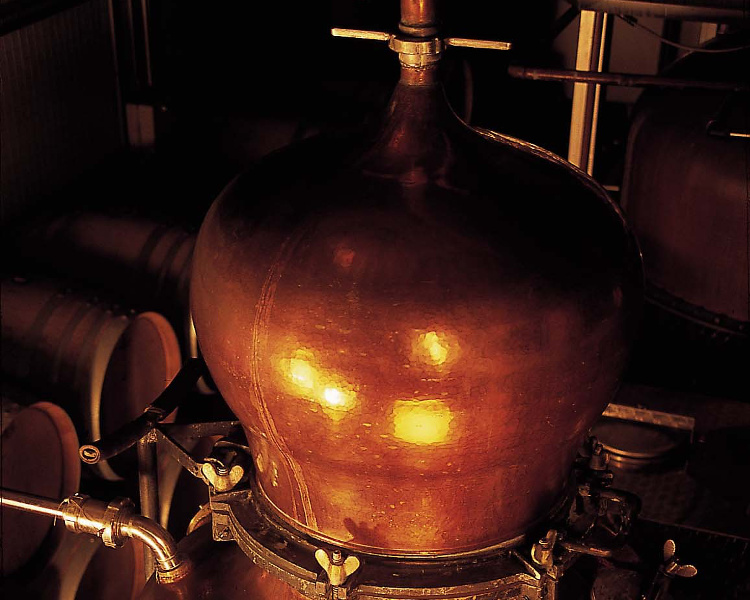 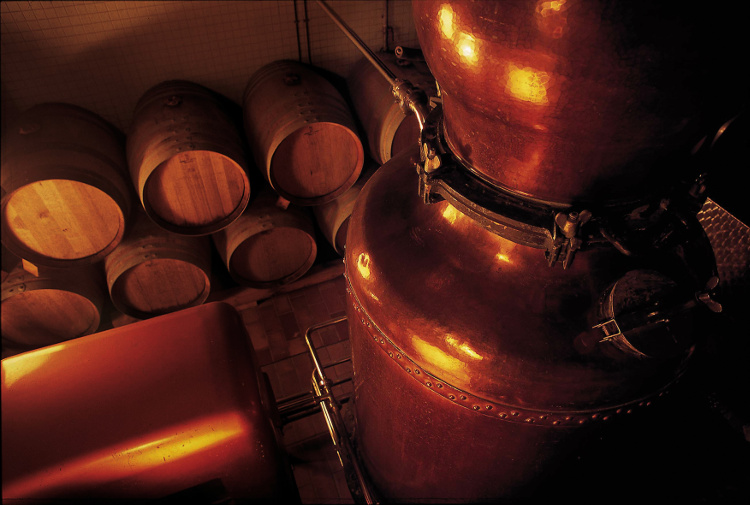 Wolfberger Eaux-de-Vie Alsace are made from the fruit of the Alsace terroir provided by our orchardists. 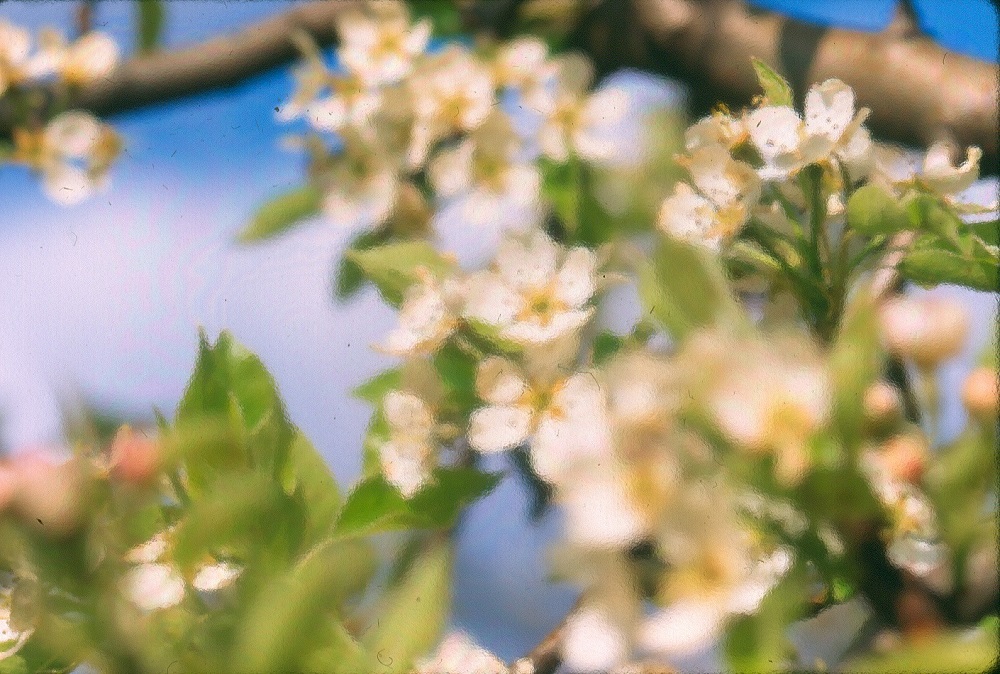 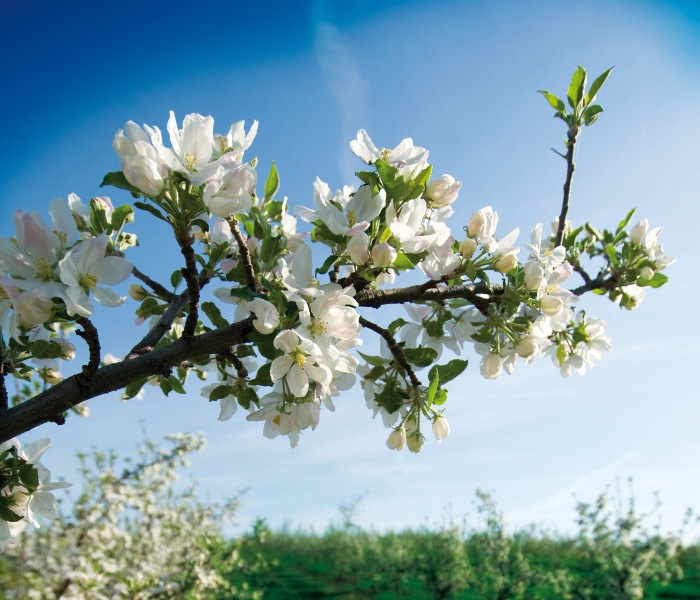 Sometimes ephemeral, always original, these preparations testify not only to a long tradition of know-how but also to our capacity to constantly change with the times.